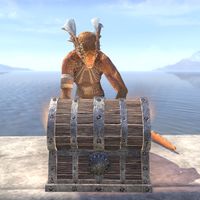 A player with the Crown Store menu open

This article is about the in-game store. For the store on the official website, see PC/Mac Store.

The Crown Store is an in-game store which allows for the purchasing of exclusive content, such as items and DLC.

Crowns are the currency required to buy things from the store, and can be purchased separately or obtained by paying for an ESO Plus subscription. There is no way to earn Crowns in-game.

Crowns and Crown Store items cannot be sold or transferred to other accounts.

If you have an account on both megaservers, you will be able to use your Crowns on both servers; however, any items purchased will remain on the server that they were purchased on.

The Crown Store has new items added monthly. The items may have themes: if there is a DLC based on Daedra, for example, then there may be items in the shop that are Daedric-themed. Items in the Crown Store have a "preview" function, so that you can see what an item looks like with your character before purchasing it.

For a list of items, see one of the following links:

The following is a list of all Crown Store Showcase articles published each month on the official site: 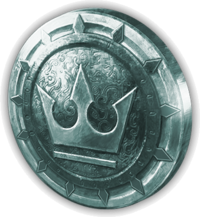 Crowns can be obtained in the following ways:

The following table summarizes the rates of return, rounded to hundredths of a crown per dollar. The entries with parentheses are the Crown allotments that come from an ESO+ subscription. In the Crowns column, the table lists the total number of Crowns received and the length of the subscription. In the Cost column, the total cost is listed with the monthly cost in parentheses.

Update 18 introduced gifting to the Crown Store, which allows players to gift Crown Store items to other players directly.

The gift recipient has 14 days to accept or decline the gift. If they decline then it returned to the original sender who is unable to make use of it themselves, although they can resend it or send it to a different player. Player Housing and "instant unlock" items like Bag Space Upgrades and Curse of Vampirism are not able to be gifted at this time.

Senders can write a personal message or choose from a small selection of preset messages, listed below:

Likewise, those who receive gifts can do the same with thank-you messages, the presets of which are listed below: