Galen is the northernmost island of the Systres Archipelago. It has three regions, including a jungle in the north.[1] The zone also includes Y'ffelon, the island home to Mount Firesong, and they are collectively called Galen and Y'ffelon on the map screen.

In addition, the zone contains the wandering world boss Preserver of Galen.

Legacy of the Bretons EpilogueEdit

Delve quests given by Juline Courcelles. 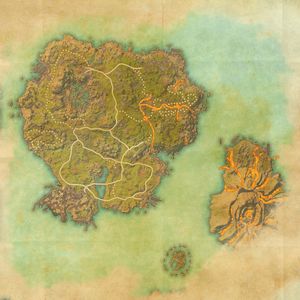 This Elder Scrolls Online-related article is a stub. You can help by expanding it.
Retrieved from "https://en.uesp.net/w/index.php?title=Online:Galen&oldid=2696951"