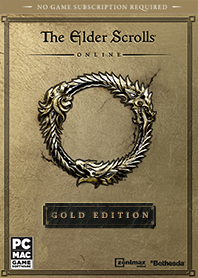 Released on September 9, 2016, the Gold Edition was an edition of The Elder Scrolls Online which included a copy of the base game and the following digital content:

The Gold Edition was also advertised as including 500 complimentary Crowns, although this was given to every account as of release.

The Guilds and Glory DLC bundle was released alongside the Gold Edition on the Crown Store for 055005,500

. The bundle is sold as an alternative for those with pre-existing accounts to purchase. However, it does not come with the Palomino Horse mount.