Mods, short for modifications or modules, are user-made add-ons for video games. They may add new content, change existing features/mechanics, fix bugs, add cheats, and so much more. The modspaces (this namespace and those associated with it) are places to document the contents of Elder Scrolls mods, in addition to all other things modding, hacking, and datamining, including using mods, making mods, file formats, and more.

For policies and guidelines on documenting mods, see UESPWiki:Mod.

Mods are generally categorized by the changes they make to the game. This may include adding new items, magic, quests, dungeons, houses, and followers; enhancing models, textures, gameplay mechanics, immersion, and the user interface; or fixing bugs and inserting cheats. The largest mods are often overhauls, total conversions, new lands, and unofficial patch projects. Mods are usually supported only on PC, but with Skyrim Special Edition, limited support exists on consoles.

Modification refers to the process of modifying your own game by installing mods created by other players. This may seem confusing at first, so we have a number of guides and resources on installation, configuration and management of mods to help you get started.

These games provide built-in support for modding (creating your own mods), and the main series games since Morrowind come with their own mod creation software called either the Construction Set or Creation Kit. They are supported by some of the largest modding communities on websites such as Nexus Mods and ESOUI. Modding has been attempted for the other games as well, notably the engine remakes for Arena and Daggerfall. In addition to details on the mods themselves, we also have links to details and resources on the process of modding, where you can find out about creating mods yourself, including tools for modders and information about the different items, objects, and file types used in the games. 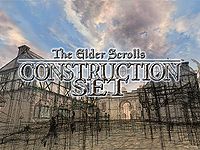 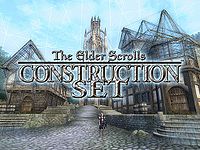