This article is about the place. For the Chapter, see Blackwood (Chapter).

Blackwood is a swampy southern region located along the banks of the Lower Niben.

It makes up the southernmost reaches of Cyrodiil and is ruled from the city of Leyawiin. The region also extends over the border into Black Marsh.

Blackwood is divided into three regions: the Niben Forest to the north, Gloomire to the south, and Blackwood Bog extending eastwards into Black Marsh.

Delve quests given by Deetum-Jas. 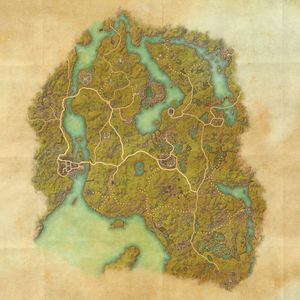 This Elder Scrolls Online-related article is a stub. You can help by expanding it.
Retrieved from "https://en.uesp.net/w/index.php?title=Online:Blackwood&oldid=2666280"